The design process included several sprints with Inbox UX, B-Reel in NY, and we iterated through more than 250 adaptations. Once the preferred concept was decided upon, the final design was a collaboration between myself and Jesse Kaczmarek (Google's Material Design Team Iconographer), who helped tweak its proportions and shadowing to fit seamlessly into the larger Google ecosystem.

A small sample of the design iterations

The concept development began months before the name Inbox was chosen for the product, so many early iterations focused on its relationship to Gmail; other options aimed to highlight the key features of the app.

Other applications of the Icon 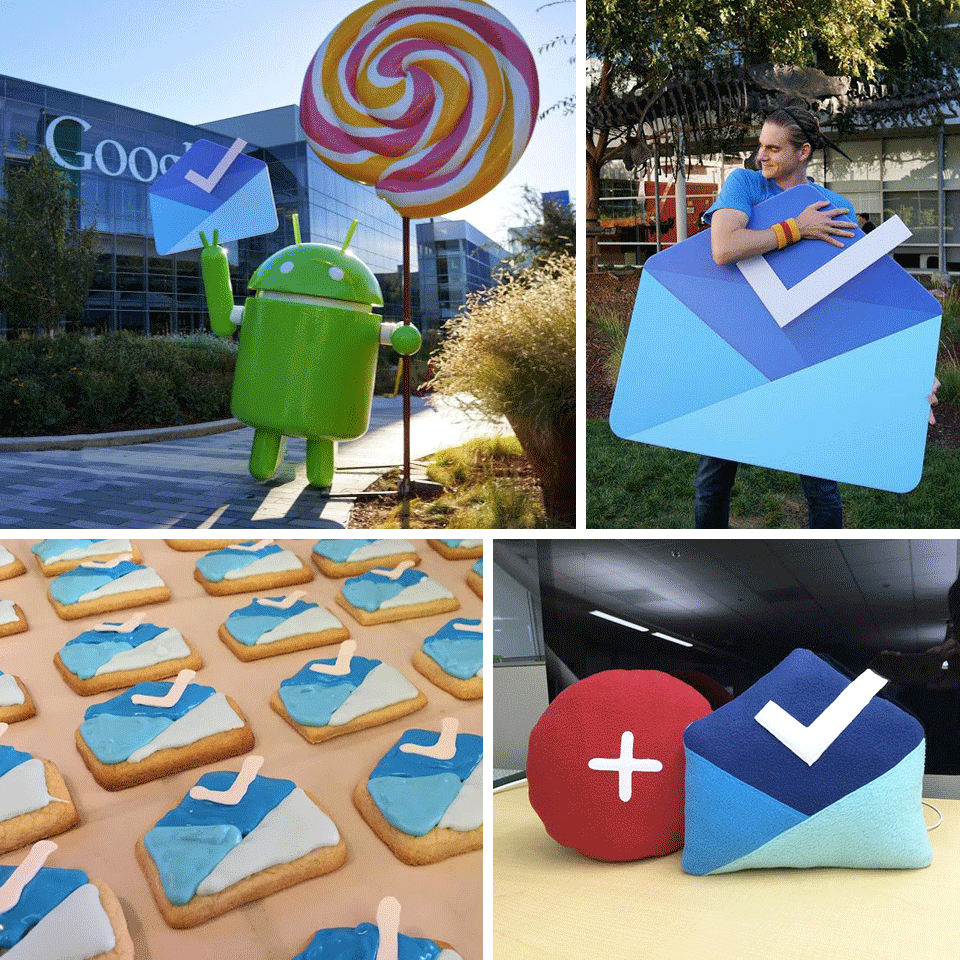